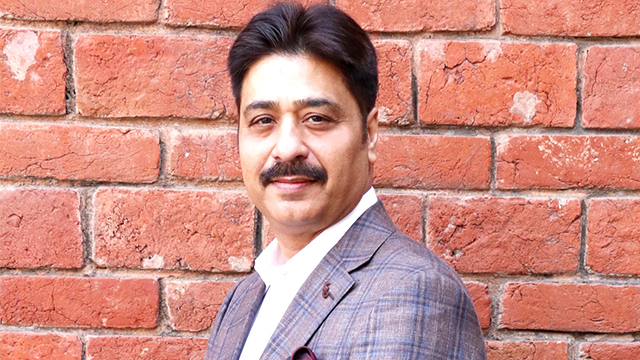 The “Make in India” initiative has been successful at driving some indigenization in the assembly of mobile phones. Over 100 Mobile Phone brand owners have established their assembly/manufacturing units under the Honourable Prime Minister of India, Shri Narendra Modi’s ‘Make in India’ initiative.

Phased Manufacturing Programme (PMP) introduced by the Government of India aims to maximise the local value addition and indigenization of key components and corresponding sub-components used in mobile phones. Indeed, PMP could be the single most important policy initiative to create a manufacturing ecosystem for mobile phones/handsets in India. Now, PMP is poised to enter the next phase and transform semi-knocked down (SKD) level assembly to completely knocked down (CKD) requiring higher order skills and investments. To meet the new goal of CKD-level manufacturing, the Mobile Handsets industry has started investing in research and development, design, advanced surface mount technology (SMT) based printed circuit-board (PCBA) manufacturing and accordingly attracted several entrepreneurs to invest in a bigger and deeper manufacturing ecosystem for key components. Although it involves greater investments in industrial design, PCBA design and surface-mount-technology (SMT) level assembly, the industry is viewing this development in a positive light.

Domestic assembly of chargers, batteries and other low-value added accessories has already started in India to fulfill the demand of Mobile Handset Assembly/Manufacturing units. However, manufacturing of major sub-components of chargers, batteries and cameras needs to be encouraged further over Phase II and Phase III of PMP. Sourcing and assembly of these key high-value components from local manufacturers will drive greater value addition. The Mobile Handsets industry expects Government to play a positive role in driving the right policy reforms and offering attractive incentives/tax breaks and a rationalized tariff structure to attract key manufacturers to India. Under the aegis of the ‘Make in India’ mission and trusting the government to provide a stable, rules-based policy environment, mobile makers Iike Lava, Micromax, Karbonn, Intex, Jivi and several others have invested hundreds of millions of dollars in Mobile handset assembly/manufacturing units employing over 1,50,000 workers in direct manufacturing job roles.

On the other hand, the Telecom Services space in India is witnessing cut-throat competition. The increasing competition between operators has started affecting the mobile handsets industry and its ecosystem where huge investments have already been made.

Recently, a leading Telecom Service Provider (TSP) has started providing mobile handsets along with their service at a very low price-point in clear violation of the principles of fair market competition. In fact, the handsets being offered represent a clear case of predatory pricing. Offers have been floated by the TSP which is on the verge of announcing to consumers/subscribers, to replace their existing/old feature phones with 4G feature phones at this very low price.

Under the new Goods and Services Tax regime launched on 1st July 2017, GST is payable on transaction value which can be any amount. Ideally the billing price should not be less than the purchase price. Further the mobile handsets should not be allowed to be given on returnable or ‘lease’ basis to consumers (except for job work, lab testing etc.) without payment of GST. Because of this move and the predatory pricing of the handsets being offered by said leading TSP, there is bound to be a direct revenue loss to the government.

Unfortunately, the Government of India has not taken any action on this issue till date. There is no proper law to restrict predatory pricing while the Competition Commission of India (CCI) normally takes a long time to adjudicate on matters. If this malpractice is allowed unchecked, the mobile featurephone manufacturing industry, set up by Indian brands in the face of stiff competition from multinational and Chinese brands will die a premature death. While multinational and Chinese smartphone brands like Apple, Samsung, Oppo, Vivo and Xiaomi will not be affected, but featurephone brands like Micromax, Lava, Itel, Intex, Karbonn, Jivi and several others will be forced to shut down featurephones due to the unviability of selling their handsets on market-based sales prices.

To illustrate the point for greater clarity, while the TSP plans to ‘lease’ 4G featurephones at an ‘exchange price’ of Rs. 501 each, a genuine handset player like Lava retails its LAVA 4G Connect M1 “smart featurephone” at Rs. 3,333 per unit, and Micromax sells the Bharat 1 4G smart featurephone at a street price of Rs. 2,100 per unit. Further at TSP’s predatory price of Rs. 501, it is practically impossible to compete even in the case of 2G feature phones and consumers will be attracted towards TSP’s offer. This will lead to “no demand for Indian made featurephone & mobile devices”. Just to remind, TSP’s 4G featurephones are not assembled or manufactured in India.

In summary, this single development of permitting a TSP to offer smart 4G featurephones at Rs. 501 per unit has the potential to force 100+ Indian mobile manufacturers to shut shop. There is a high possibility that this move may lead to closure of many Indian feature phone manufacturing units and the same will lead to loss of 1,00,000+ direct jobs in manufacturing, besides huge unemployment down the line in sales and distribution functions. This will also lay waste to huge investments already sunk into acquiring land, plant and machinery, power, water, building roads and warehouses etc. In short, this situation will have a hugely negative impact on the Indian mobile handset manufacturing industry and do lasting damage to the Indian economy.

Government of India must decide NOW, whether they would like to save local mobile manufacturers or give freedom to TSPs to ruin the entire local feature phone mobile manufacturing. In case the Government wishes to save ‘Make in India’ initiative of Honourable Prime Minister of India, Shri Narendra Modi, then they must restrict not one but all Telecom Service Providers (TSPs) from offering mobile handsets at predatory price-points. This is an urgent measure required to save the Indian Feature Phones and Mobile Handsets industry where thousands of crores of rupees have already been invested over the last four years to develop a world-class Mobile Handset Manufacturing Ecosystem.