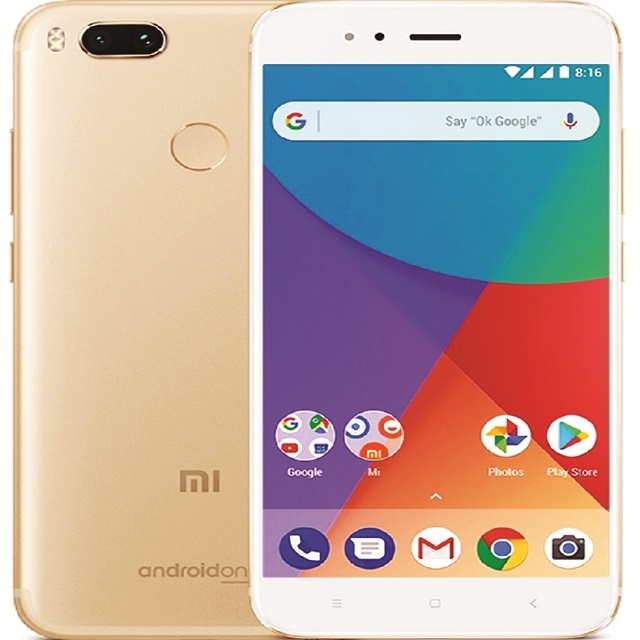 The budget segment is clearly dominated by Xiaomi  in 2017,  mainly with its Redmi Note 4  and still continues to be one of the best devices in the sub-₹15,000 segment. And this year  Xiaomi’s aggressive positioning in the budget segment allowed the brand to catapult up the rankings, with the manufacturer now the second-largest phone vendor in India. Teamed up with Google to offer the Mi A1 as a part of the Android One initiative, which means that for the first time, we’re getting to see a Xiaomi phone with stock Android..

The clean lines combined with the aluminum chassis gives the Mi A1 a premium look, and the build quality is outstanding. The phone comes with a 3.5mm jack, and unlike the Redmi Note 4, there’s a USB-C charging port at the bottom. The power and volume buttons at the back provide a decent amount of tactile feedback, and there’s an IR blaster located up top. The back of the device is where things get interesting, with the Mi A1 sporting a dual camera setup. The configuration is the same as that of the Mi 6 — a primary sensor augmented by a secondary telephoto lens — but Xiaomi is using different imaging sensors.

The fingerprint sensor is conveniently located such that your finger automatically rests on it, and it had no issues authenticating my fingerprints. Switching over to the front, the first thing you notice is the bezels at the top and bottom, and if you’re picking up the gold color option, you’ll get a white front plate. The side bezels are narrow, which makes it easier to hold the phone, and the back button is in the wrong position for a phone running stock Android.

Battery life on the Mi A1 is excellent, but its not supporting a fast charging option. The Mi A1 tops out at 5V/2A, and it takes nearly two hours to fully charge the phone.

The phone runs Android 7.1.2 Nougat out of the box, and has the August 1, 2017 security patch. You get all the features built into Nougat, including split-screen multitasking, in-line notification replies, app shortcuts, granular controls for Do Not Disturb, and more. Then there’s the ability to pull down the notification shade by swiping down on the fingerprint sensor, à la Pixel. There’s also a gesture to quickly launch the camera by double pressing the power button.

Verdict: The look is no doubt very sturdy, dual camera and stock android are the other big plus for this device.