Best Smartphones Under INR 15000: The Best Mobile Phones You Can Buy In India 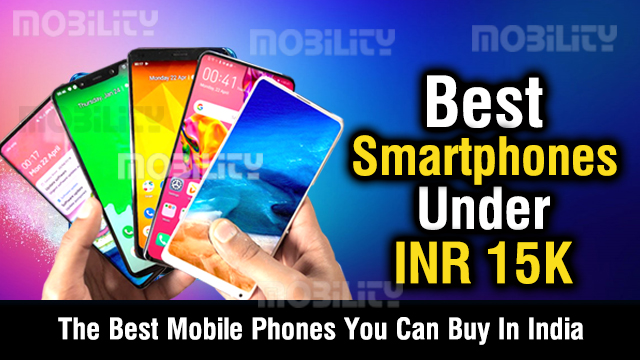 The best phones under Rs 15,000 in India has become one of the most competitive categories recently as brands like Xiaomi, Samsung, and Motorola have introduced some great new Android handsets in this price range.

Interestingly, the latest phones under Rs 15,000 come with some impressive features including 4G VoLTE connectivity, powerful processors, dual cameras, large battery capacity, and bezel-less displays. Some of the other cool features like face unlock and glass sandwich design that were earlier limited to high-end mobiles, have also made their way to this category recently.

Unlike some of the lower price segments, with latest mobiles under Rs 15,000, you get specialist mobiles that can offer you great selfie cameras, premium glass sandwich design, brilliant battery life, or even great all-rounders. Without further ado, here is our curated list of top 10 smartphones under Rs 15,000 in India. 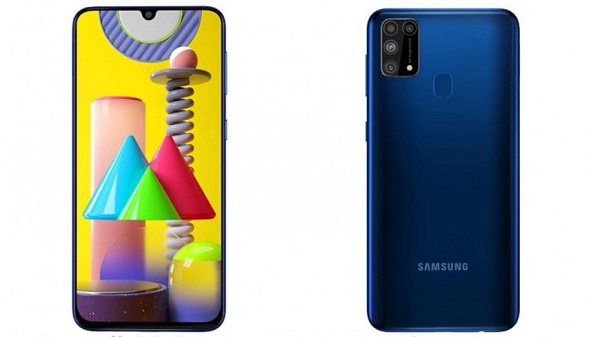 Galaxy M21 sports a monstrous 6000mAh battery, which is miles ahead of its counterparts. Upfront, you have a 6.4-inch Super AMOLED FHD+ panel. Unlock the phone using face unlock or the rear fingerprint scanner to interact with Android 10 based OneUI. This is running on top of Exynos 9611 chip, which sports four heavy lifting cores, unlike the two performance cores in chips within its peers.

The rest of this Samsung phone is also finely speced like a 48MP triple camera system, 20MP selfie snapper, up to 6GB of RAM, 128GB of storage along with expandable option.

Xiaomi continues the Redmi Note legacy with the Note 9 Pro. This phone flaunts a 6.67-inch FHD+ LCD screen. Inside, you get a Snapdragon 720G silicon that’s based on an 8nm process. The internals also includes up to 6gigs of RAM, 128GB of storage (expandable). MIUI 11 based on Android 10 is the software.

Amongst other things, you get a 64MP quartet at the back, a 16MP front shooter, a side-mounted fingerprint reader, a 5020mAh battery, and 30W fast charger. 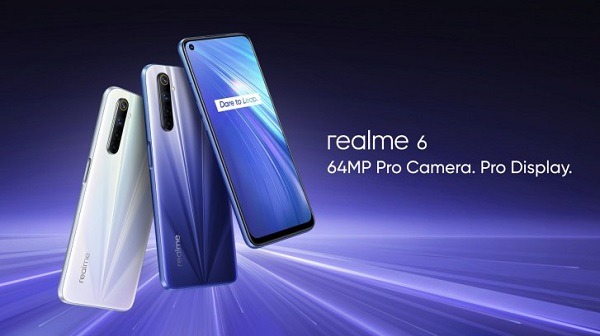 Realme kills in the display front as it brings the coveted 90Hz refresh rate to the sub-15k slab. That’s a 6.5-inch FHD+ LCD panel. Unlock using the side-mounted reader or your face to use the Android 10 based Realme UI.

The Realme 6 packs the gaming-centric MediaTek G90T chipset, up to 8GB RAM, 128GB storage (expandable), and a 4300mAh battery. The latter is underpinned by a 30W high-speed charger. You also get a 64MP quad-camera setup by the back and a 16MP sensor on the front.

Honor 9X Pro presents style by way of a pop-up camera, a flashy design, and a full-view face. The incumbent of that mechanical module is a 16MP sensor. Flip to the back, and within the oblong lies a 48MP triple camera setup.

It’s the first phone in the country to feature AppGallery, Huawei Mobile Services, and lots of new EMUI thingies on the software side. This fork of AOSP Android is laid on top of 7nm based Kirin 810. You can pick up to 6GB RAM and 256GB storage (expandable).

Vivo U20 is yet another easy and affordable pick at this price bracket. It has an LCD display which measures 6.53 inches diagonally. The U-shaped cutout houses a 16MP front camera. The rear triple camera arrangement is also led by a 16MP sensor.

Unlocking the device using either face or finger gets you to Android 9 based FunTouch UI. Vivo offers the phone in 64GB storage and 4/6GB RAM combo. A huge 5000mAH battery keeps the phone running.

The Realme 7 succeeds the Realme 6 and offers improved features such as a new SoC, a bigger battery, and a new primary rear camera. It also features a new design, so it looks nicer than the Realme 6. However, the side effect of having a bigger battery is increased thickness and weight. The Realme 7 is heavy and bulky, and can get a little fatiguing to use.

The rest of the features remain similar to the Realme 6. The Realme 7 is snappy to use, thanks to the speedy SoC and the 90Hz refresh rate of the display. Gaming performance is very good, the display has good brightness and battery life is excellent. 30W fast charging also helps charge the battery fairly quickly.

The main rear camera fares a bit better than the Realme 6 in daytime and nighttime photos, but the rest of the camera sensors perform similarly. The quality of videos could have been better, especially in low light. If you don’t already have a Realme 6, then it makes sense to go straight for the Realme 7 instead.

Motorola’s G-series has long been the backbone of its lineup and India is the first country to get the latest Moto G9. For what it offers, we feel Motorola has launched it at a fairly competitive price. One of the staple features continues to be the lean version of Android, which Motorola now calls MyUX. It’s mostly stock Android, with a few classic Moto customisations thrown in for good measure.

The Moto G9 is built well, but it feels a little big and bulky. It’s one of the few phones that still has a dedicated Google Assistant button, which is a nice touch. It’s also the first phone in India to feature the new Qualcomm Snapdragon 662 SoC, which does a decent job of keeping things running smoothly. Other than it taking slightly longer than usual to load heavy games, overall performance was good. Battery life was also more than satisfactory.

Camera quality was quite decent during the day. Landscapes and close-ups were generally detailed and had good colour saturation. Low-light photography is where the Moto G9 struggled quite a bit, although Night mode did help in a big way. Overall, the Motorola Moto G9 is a decent phone if you’re looking for a lean Android experience and don’t mind compromising a bit on processing power.

The Redmi Note 9 has an IR emitter on the top which can be used to control appliances. At the back, it has a quad-camera setup consisting of a 48-megapixel primary camera, 8-megapixel ultra-wide-angle camera, 2-megapixel macro camera and 2-megapixel depth sensor. The Redmi Note 9 manages to take good photos in favourable light and the AI is quick to detect scenes. Low-light camera performance was average and the Night mode did not make a huge difference to quality.

The Realme 6i can be best described as a toned-down version of the Realme 6. This smartphone however retains key hardware from the Realme 6 including the MediaTek Helio G90T SoC and 90Hz refresh rate, which isn’t common at this price point. The Realme 6i sports a 6.5-inch display with a hole-punch front camera at the top, and has a side-mounted fingerprint scanner.

The Realme 6i has a plastic body and there are two colour options. The MediaTek Helio G90T is capable of handling day-to-day tasks and gaming quite well. There are two variants of the Realme 6i offering 4GB and 6GB RAM, but the storage remains the same at 64GB. The smartphone packs a 4,300mAh battery and is capable of 30W fast charging but comes with a 20W charger in the box.

Realme has equipped the 6i with a quad-camera setup consisting of a 48-megapixel primary camera, an 8-megapixel ultra-wide-angle camera, a portrait camera, and a 2-megapixel depth sensor. Photos taken with the Realme 6i were good, and the camera reproduced good dynamic range. The wide-angle camera created slight barrel distortion at the edges of frames. Low-light camera performance isn’t as good, and the phone takes a while to capture a shot in Night mode.

The Poco M2 Pro is targeted at the budget segment. It has a premium design and packs in a big 6.67-inch display just like the Poco X2. It had the standard 60Hz refresh rate instead of the higher 120Hz refresh rate that the Poco X2 has.

The Poco M2 Pro packs in a 5000mAh battery and was capable of very good battery life when we tested it. The company also provides a 33W charger that gets the phone to 95 percent in an hour. The Poco M2 Pro has a quad-camera setup with a 48-megapixel primary shooter. The phone captures good-looking photos in daylight, but its wide-angle camera captured weaker colours and details. In low light, the main and wide-angle cameras struggled with exposure and details. Night mode wasn’t too effective.

Realme recently launched its much-awaited Narzo series, and the Narzo 10 is a good offering for under Rs. 15,000. Realme is targeting the youth demographic here, focusing on style and gaming performance. The Narzo 10 has the MediaTek Helio G80, which handles games well, and overall app and multitasking performance is solid too. Battery life is also one of this phone’s strong suits.

The main area where the Narzo 10 could have done better is its cameras. Daylight performance was good with all the rear cameras and the single front one, but low-light performance left us wanting more. The camera app could have been a bit more intuitive too, especially for some of its core features. Realme UI looks fresh and interesting, but there’s still a lot of bloatware preinstalled.

There’s just one configuration, with 4GB of RAM and 128GB of storage. At just Rs. 11,999, the Narzo 10’s little issues can be forgiven as there’s no denying the immense value you get for your money.