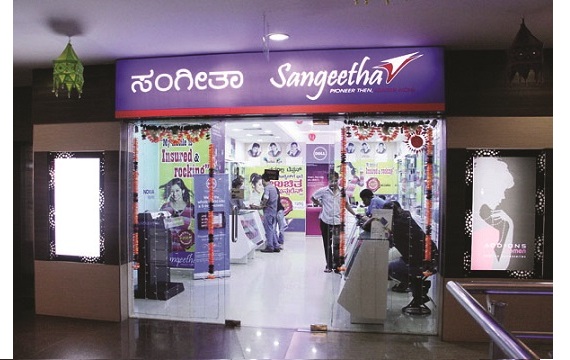 Started in 1974 as a small music store in Bangalore, was named aptly by its founder, 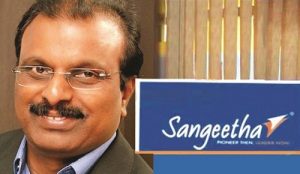 L.P. Narayana Reddy, as ‘Sangeetha’ means music in Hindi and most Indian languages. Later added televisions, appliances, computers (1985) and pagers (1995) to the store’s portfolio. Today, with the name Sangeetha Mobiles the company has grown into a huge multi-brand retail giant with presence in 10 states, including Karnataka, Andhra Pradesh, Telangana, Tamil Nadu, Pondicherry, Delhi, Chhattisgarh and Uttar Pradesh, with over 320 stores and 12 million satisfied customers. Sangeetha sells 1.4 million phones every year and is a Rs 1000 crore retailer employing more than 2500 people. With 180-plus showrooms in Karnataka alone, Sangeetha is the only retailer in the country that has over 100 stores in a single city, Bangalore.

In an interaction with Mobility magazine, SSS, BBB, shares, “We were the first to sell mobile phones in Bangalore, when mobiles were just launched in India in 1996. We started with JTL which was the first operator that was later acquired by Airtel. In 1997, we signed with Spice Telecom. Initially, over 90% customers used to purchase mobiles in the grey market as customs taxes used to be 60% on the mobile phone’s cost. As a result, a similar handset that might cost Rs 20,000 in white was available for only Rs 12,000 in grey market. We were the only major seller of handsets in white in Bangalore at that time. And we had to convince the customers a lot that if they purchase in white, even though it costs more, customers will get warranty, service and then the bill of original product. Selling mobiles during such hard times made us tough and helped us to develop the confidence to remain in the race even during hard times.”

Since 1997, Sangeetha has been selling only mobile phones and nothing else. Sangeetha encouraged consumers to buy the SIM cards and original handsets under-one-roof (at Sangeetha). During the initial and difficult years, Sangeetha promoted the concept that, even though white goods were more expensive than those in the grey market, buying originals with an original bill and manufacturer’s warranty is honest and safer for the customer and good for the nation’s economy.

“As years passed, customs duties came down, the price difference between the white and the grey also came down and the demand for handsets in the white market picked up gradually. At one time, we were selling 70% of all the Nokia phones sold in Bangalore. We were the first to launch EMI schemes on mobile in association with GE Finance and Standard Chartered Bank. To attract customers away from grey market, we also launched theft insurance in 1997 according to which once our customer’s mobile is lost, he just had to lodge an FIR and we used to give him new set. In 2008, we launched a broader insurance that covered liquid damage, theft, physical damage, etc where we used to give replacement within 72 hours and depreciation was counted at just 10% per year. In 2015, we launched insurance at our own expense along with 30 days free damage-protection and we discontinued the third party involvement in insurance,” adds SSS.

The real benchmark of Sangeetha is they offer the customer ‘Peace of Mind.’ Sangeetha became the first Hutch retail shop in India in 2002. In January 2012, Sangeetha Mobiles beat Pantaloons and Godrej to win the award for ‘Excellence in Customer Service’ at the second Economic Times Retail Awards.

Regarding future plans, SSS briefs, “So far our activities have been mainly confined to mainly South Indian states, but In future, we want to strengthen our presence in the states where we are not still strong and then expand to other states in India. We are on special drive to enlist new retailers who have sufficient space and basic financial strength and give them Sangeetha’s franchisees. Mobile phones business is one business where the margins are still decent whereas in IT the margins are shrunking to such an extent it is no longer profitable.”

Today, Sangeetha sells not just mobiles, sells ‘better customer experience’ and strongly believes in CARE of customers. Sangeetha’s guiding philosophy has always been to create an experience of belongingness by delivering technology that touches, improves and empowers the lives of the customers.